Be Renewed in Hope 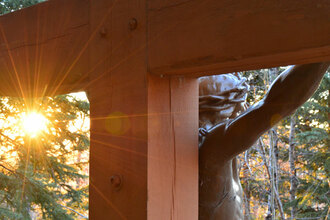 After many conversations with those in ministries of all kinds from all across the country, it's clear that we're all facing a number of struggles locally, nationally, and internationally as a Church. In light of the abuse scandals, the struggles in the parishes, the constant pull between "conservatives" and "liberals" with us at a diocesan/eparchial level stuck firmly in the middle, there seems to be a recurring theme of disillusionment, frustration, and sometimes even hopelessness. But it doesn't have to be this way.

Building on our theme of Being Renewed in Hope, we will look at how we can become bridge builders, healers, "match-makers," and agents of healing in our diocese and eparchies.
​
Join us this June at the beautiful Mount St. Francis Retreat Centre, located just outside of Cochrane, Alberta. 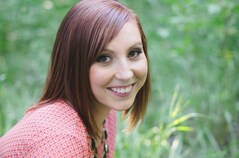 Leah Perrault is the Director of Mission at St. Paul's Hospital, as of September of 2018. She served as Executive Lead of Corporate Initiatives with Emmanuel Care (the Catholic Health Ministry of Saskatchewan) from 2015 to 2018. Between 2007 and 2015, Leah served as the Director of Pastoral Services for the Roman Catholic Diocese of Saskatoon. When she's not busy with her day job, she speaks, consults and writes on the side. Her words find a home at retreats, schools, conferences, book clubs, board meetings, church groups, articles, books, and ~ hopefully ~ in the hearts of those who hear and read them.

Leah has a master of arts in pastoral theology from the University of St. Michael's College at the Toronto School of Theology (2009). Her bachelor's of arts in English comes from Campion College at the University of Regina (2005), where she perfected the art of writing in the early mornings before sunrise, while her room mates were still sleeping.

To learn more about Leah, visit her website at www.leahperrault.com.
Hope is the virtue of a heart that doesn't lock itself into darkness, that doesn't dwell on the past, does not simply get by in the present, but is able to see a tomorrow.